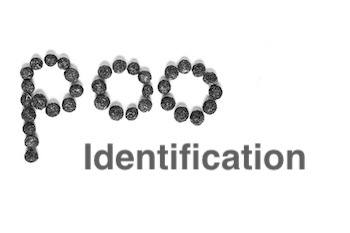 Your delightful garden is bound to attract some critters like hedgehogs, rabbits, and many others. Based on any potential damage, it’s important to find out who’s been sleeping in your garden – hence this garden animal poo identification guide.

We’ll discuss the size, colour, and texture below. You’ll find out how to distinguish between similar faeces and which animal droppings are nature’s true ironic hipsters. 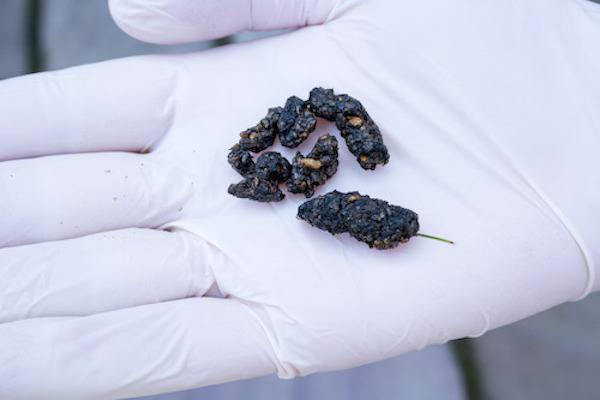 Hedgehog poo is the cutest of them all. Really, look at the picture; it looks like a Death Metal ladybug pupa. This shiny, clammy looking poo narrows down to one end.

The hedgehog droppings are black enough to notice some leftover digested food in them. These pieces may be berries or insect legs. 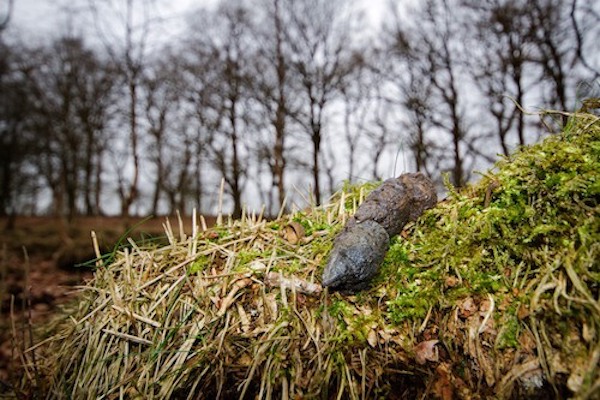 Fox droppings are elongated and slightly warped, plus they have a unique foxy musk. Just like with other wild animals, you can notice leftover foods in the fox poo. If you see small bones, berries, or even traces of fur, you can be pretty sure you’re dealing with a fox.

Fox poo usually serves the witty fox who wants to mark his territory. That’s why you can find it on your shoes or dead critters in your garden.

If you live in a city area, fox poo looks much like dog poo. That’s because urban foxes eat more bread and seeds rather than meat.

If you live in a rural area, fox poo has a small buckle at one end because these foxes usually have more access to meat. 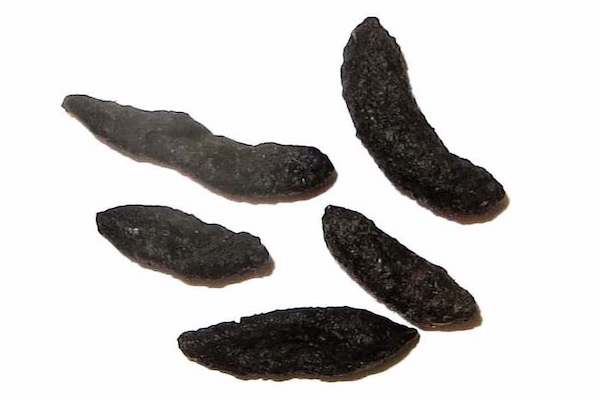 Rat poo are very similar to olive stones. If you haven’t eaten olives by now, rat droppings are black and fusiform. That means they’re fatter in the middle and tend to narrow down toward their ends.

Rat droppings have a rough texture, so they’re not shiny. You may see an entire collection of rat poo in one place or a string of rat poos around your home. 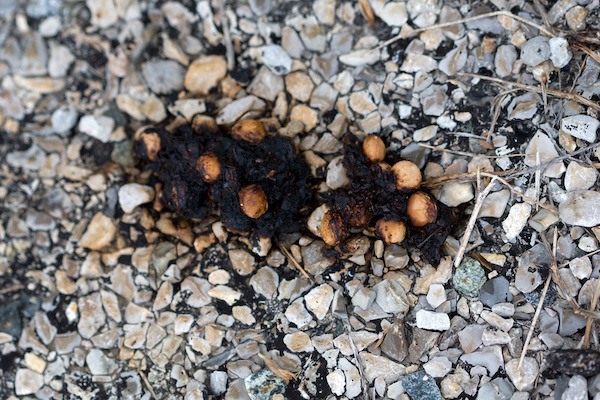 Badgers are clean animals that generally prefer to defecate in especially made ground “toilets.” Yes, they dig their own holes for the job. However, feeling like an intruder in your garden he most probably won’t find time to do it.

Besides, you can notice the same almost innate cleanliness in their musky poo odour.

That’s where the similarities stop because you can see all sorts of textures, colours, and sizes depending on what the badger ate: 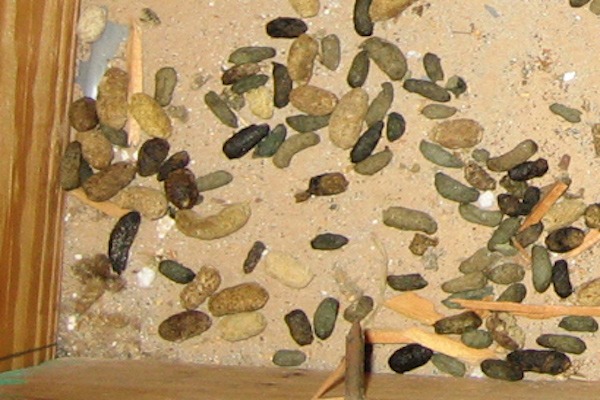 Squirrel faeces and rat faeces look pretty similar because they’re both black and about the same size. However, rat faeces are slightly softer.

Squirrel faeces can be:

Squirrel poo comes in a variety of colours. Fresh poo is dark brown. As the days pass, these faeces will change their colours like autumn leaves to dark green, pale green, and eventually yellow. It’s like admiring spilt raisins! 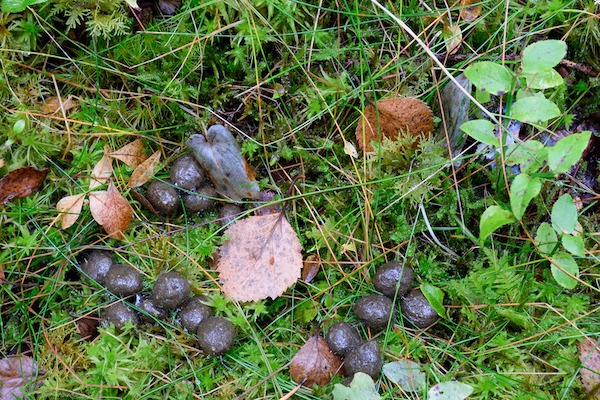 Get your inner child all excited about the chance to see Bugs Bunny’s poo in his backyard.

Rabbit poo is small and round, similar to chocolate candy balls. Fresh rabbit poo is black, and you can see pieces of grass inside it. As they age, rabbit droppings exchange their fresh chocolaty shade for a less appealing brown or green.

Rabbit poo is a good indication of their homes. That’s because rabbits build their own toilet-holes in the ground close to their burrows. 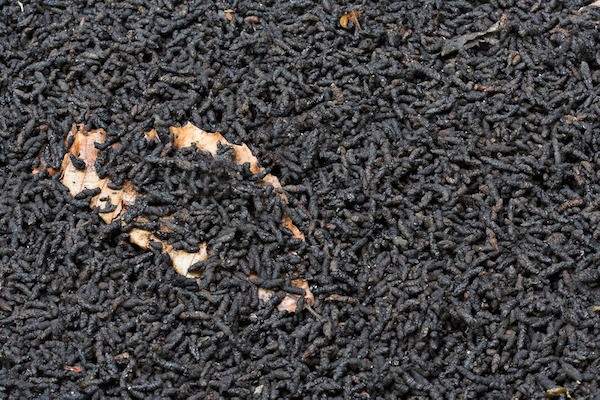 If you live in the UK, you should know our local bats have a diet of mostly insects. Therefore, bat poo looks like a hard mixture of dried insect parts.

At first, you might confuse bat poo with mouse faeces, but keep in mind that mice poo is softer. Bat poo has a crumbly texture, and it easily falls apart when you poke it. 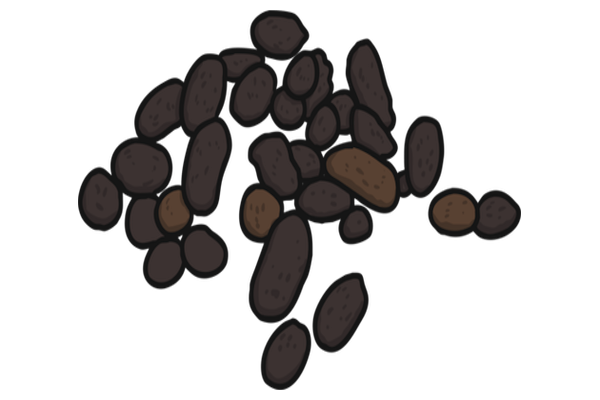 You don’t have to follow a mole in its underground burrow to find its droppings. Sometimes, moles poo above ground!

You’ll recognise mole poo because it’s tiny, brown, and looks like pellets. These heaps are usually left along the mole’s surface runways – the dead grass left after the moles build their tunnels.

Of course, the first step to identifying – you have moles digging under your lawn is seeing their cute hillocks above the tunnels. 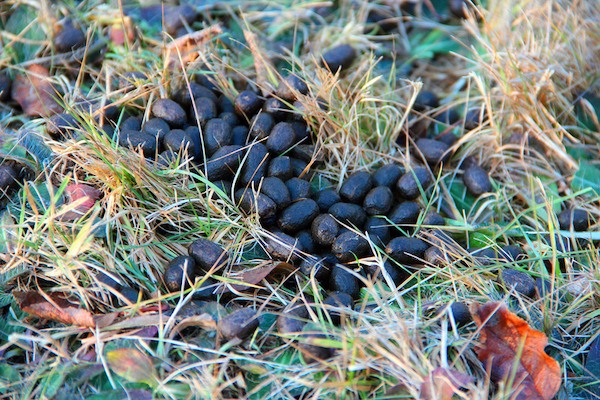 Deer droppings are nature’s true ironic hipsters because they look like bullets. These tiny pellets look like rabbit droppings or even goat poo because they appear in piles. However, deer poo: 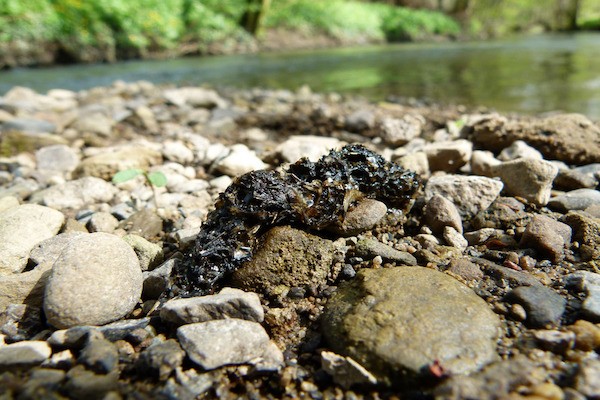 You can notice otter faeces along a stream of water in your garden, especially around grass mounds or near rocks.

Fresh otter poo is black and has a rough texture because otters have a fish-based diet. If you get close enough, you might notice fish scales or other fish and shell parts. Sometimes, fragments of fur and feathers travel on the otter’s poo back to daylight. Old otter poo is crumblier and has a yellowish colour.

Sometimes, otter spraint may not look like poo at all, but like an oily release. This type of spraint is used for marking the otter’s territory.

Each animal poop has its unique set of features that sets it apart from other faeces. Some types of poo may be similar, like rabbit and deer poo, or squirrel and rat poo.

Pay attention to the small differences, though. It’s essential to figure out which animal you’re dealing with to decide on the best pest control strategies. Size, colour, and texture are good indicators but look for other clues, such as location, undigested food parts, and possible burrows in your garden.

PracticalHome.uk is a participant in the Amazon EU Associates Program, an affiliate advertising program designed to provide a means for sites to earn advertising fees by advertising and linking to Amazon.co.uk.